The Deepest Submarine Tunnel in China

The Cross-Harbour Tunnel is not common, it may appear on the road or railway. It may also appear at the end of the cross-sea bridge. The China’s first deep sea tunnel is a bit special because the tunnel is created by the subway, and now it is finally a surprise for many people. It also brings a lot of convenience to the people in this city. After all, this is a city with a strait. With this subway, it can naturally make people more convenient to reach the other side of the city.

After more than three years of construction, the deepest submarine tunnel in China- the Qingdao Metro Line 1 undersea tunnel, was successfully completed, which is also the longest subway undersea tunnel built in China. 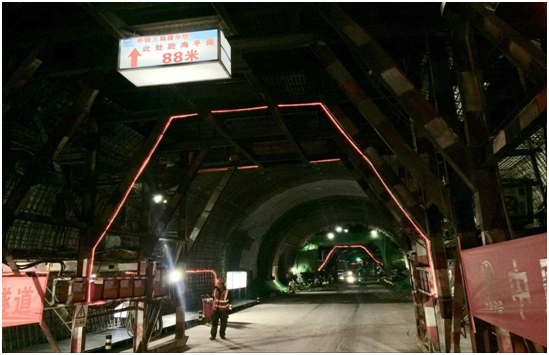 Hu Hongxing, project manager of Qingdao Metro Line 1 of China Railway Third Bureau: Our submarine buried layer is 88 meters, and the pressure per square meter is equivalent to 300 cars (the weight), so the pressure is great.

At the same time, the submarine tunnel of Qingdao Metro Line 1 has passed through 18 fault-fracture zones, and the stratum is complex and variable. The risk and danger of water inrush under the great pressure of seawater is extremely great.

Yin Xianfeng, senior engineer of Qingdao Metro Line 1 Construction Command: These 18 faults are connected with seawater. During the construction process, we adopt precise geological identification, such as CT and PETCT accurate diagnosis to take effective targeted measures to prevent risks.

The total length of Qingdao Metro Line 1 is about 60 kilometers. It passes through Huangdao Bus Station, Qingdao Railway Station, North Railway Station, Liuting International Airport, North Bus Station and other important transportation hubs. It is a fast-track transportation corridor that runs through the north and south of Qingdao. Line 1 can be interchanged with 11 lines in the Qingdao track network and is expected to open in 2020. On the basis of the original Jiaozhou Bay Tunnel and the cross-sea bridge connecting channel, Qingdao Metro Line 1 has added an important traffic artery connecting Qingdao West Coast New District and the main urban area, can promote the development of the east and west coasts.